About the Love & Power Institute

The Love & Power Institute believes that as men and women become better at understanding and acting on their emotions they will have more fulfilling relationships and will act in ways that benefit rather than harm the world. To this end, we offer workshops and groups for couples and individuals that foster a healthy approach to managing love and power between humankind and nature.

Our mission is to cultivate human understanding of both the global crises and all human emotions as well as their interconnection. Thus men will better fulfill their longing for lasting love, and women will more confidently join in governing both relationships and the management of Nature. We achieve this through education, counseling, and facilitating groups and workshops.

Marsha Hudson and Norman Brown met in the Spring of 2017 and quickly discovered they both had a passion for teaching, healing, and affecting social change. Marsha had been involved in the anti-war movement, civil rights movement, and the women’s movement in the sixties and seventies, and had been instrumental in establishing women’s studies at UC Berkeley while Norman had been active in the anti war movement and then the men’s movement, starting up the first of many men’s groups in 1972.

After completing their Ph.D.’s, both became college teachers, he at Embry-Riddle University in Florida teaching humanities and psychology, and she at various California colleges teaching women’s studies and writing. After his first Ph.D. in Humanities at Stanford, Norman earned a second MA in Psychology and a LMFT, followed by a second Ph.D. centered on the psychology of love relationships. After completing a Ph.D. in Comparative Literature at U.C. Berkeley, to which she brought her pioneering focus on women’s studies, Marsha earned a certificate in gestalt therapy. Thus they both pursued their deep commitment in helping people heal. Along the way both Marsha and Norman became professional dream workers, Norman using it in marriage and Jungian depth therapy and Marsha as a dream work group facilitator.

All of this combined experience, coupled with increased scrutiny of sexual impropriety in the workplace, the re-emergence of awareness of social injustice in America and elsewhere, and the global climate crisis, led Marsha and Norman to establish the Love and Power Institute. They pilot tested their ideas for workshops and groups for over a year and launched the Institute’s signature workshop called “Vulnerability and Empathy” in the summer of 2019.

When they met they knew that their intention to become a lifelong partnership would be a work in progress for all the foreseeable future. So they begin to apply their experience from over 50 years each of prior personal growth and professional work on love relationships to promoting harmonious partnerships in both intimate couples and societal governance. They believe that once people learn how to maintain intimacy and understanding for themselves they can use similar skills in building sustainable relationships between different ethnicities, and ultimately between humanity and our planetary home. 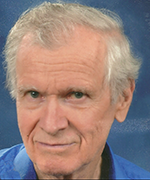 Co-founder of The Love and Power Institute

Norman earned Ph.Ds. in Humanities and German (1971) and in Research Psychology focused on love relationships (1999), along with a Clinical Psychology MA and a Marriage and Family Therapy license (1976). He has engaged with men’s growth groups since 1972 and practiced dream-guided adult and couple therapy since 1974. He taught Psychology and Humanities 1987-2010 and wrote a pioneering college textbook, Love and Intimate Relationships: Journeys of the Heart (2000), that combines both biological and social scientific research with many strains of clinical and practical psychology .

Norman was married to a Jungian therapist for 32 years and took care of her until her death from cancer in 2016. When he returned to California with his disabled daughter, he co-founded the Love and Power Institute in order to restore human sustainability in our biosphere in the face of our growing global crisis.

Norman belongs to the Millennial Alliance for Humanity and the Biosphere, the International Association for the Study of Dreams and the Pachamama Alliance. His leisure passions are hiking, writing, making music and dancing. 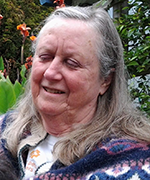 Co-founder of the Love and Power Institute

Marsha Hudson earned a Ph.D. in comparative literature with a focus on poetry. During her academic life she taught composition, critical thinking, and women studies at colleges in California, ending with UC Santa Cruz. Since the late 60’s she has been active in the women’s movement, which included leadership in the development of the Women’s Studies Department at UC Berkeley. In the 80’s, she entered management in the financial services industry and rose to the level of senior vice president with responsibility for a $11 billion portfolio.

Dr. Hudson’s devotion to teaching led to working as a gestalt practitioner in Santa Cruz, where she also became a certified dream work facilitator, offering workshops, groups, and individual sessions. She founded the Dreamer’s Forum and co-founded of the Love & Power Institute. She is active in the International Association for the Study of Dreams, the Pachamama Alliance, the Human Awareness Institute, and the Millennial Alliance for Humanity and the Biosphere. She was the editor-in-chief of the women’s studies anthology, The Berkeley Literary Women’s Revolution: Essays from Marsha’s Salon (2005) .